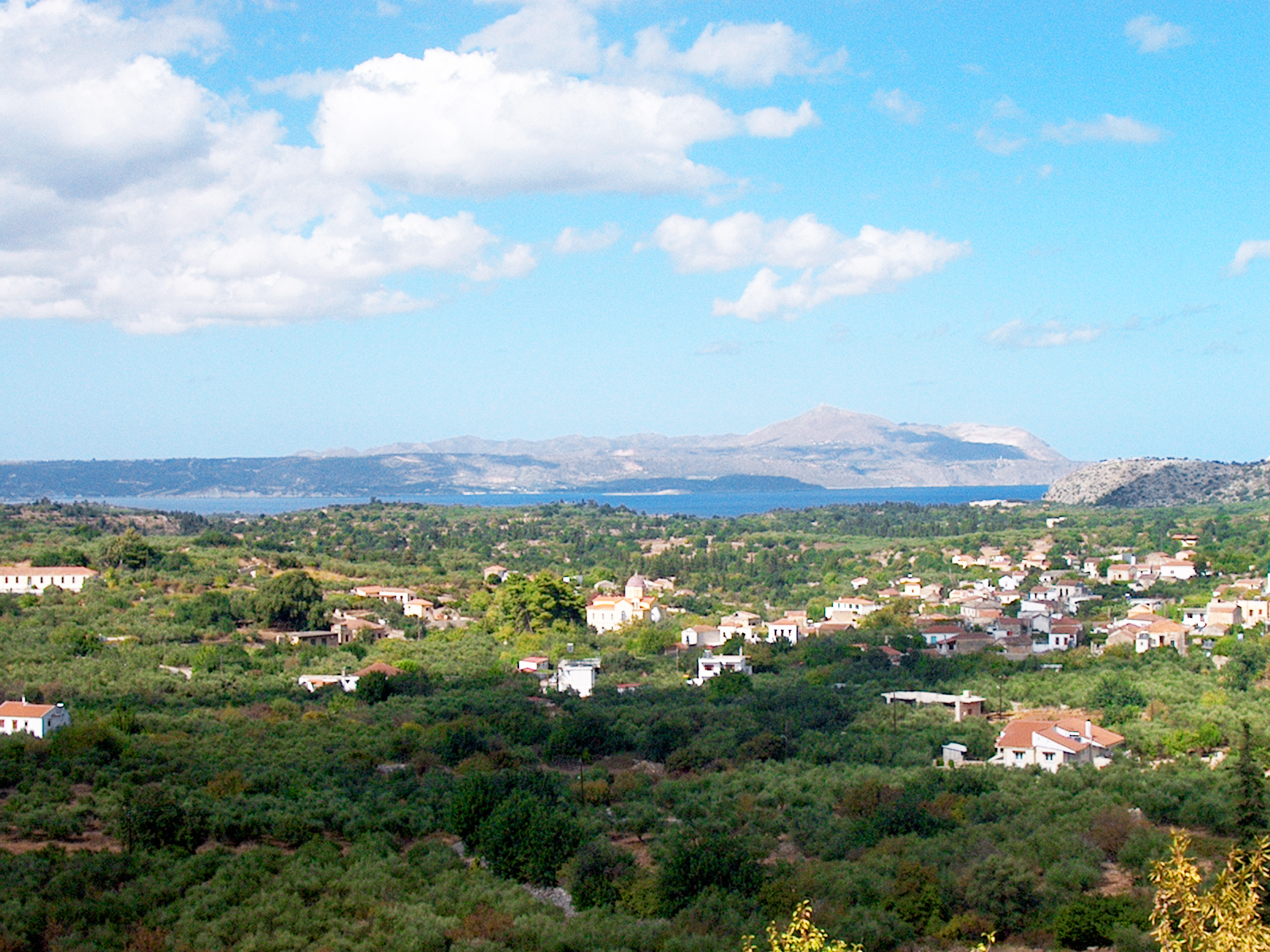 Loutra (Greek: Λούτρα Ρεθύμνου) is a medieval village of central Crete belonging in the municipality of Rethymno. It is situated at an altitude of 120 meters, only2 km far from the Bay of Rethymno and 8 km distance from the town center.

Approximately 167 people live in Loutra. These local people, who are great example of Cretan hospitality and tradition, spend significant time taking care of their land, animals and keep the institution of family, as a sacred one.

The village lies on the main road from Pigi to Arkadi and continues eastwards 1.5 km further. Loutra is referred with the same name (Lutra) in Venetian sources of the 16th century. The village owes its name to the baths ( Loutrà in Greek) of the inhabitants of the village Aliakes, which was closeby but has disappeared today. Elsewhere in the sources it is calledLustra or Lucia. Loutra is situated in the midst of olive groves, and is characterized by its narrow cobbled streets andbougainvillea plants, Venetian buildingsand the blazons of the Kallergi family.

Visitors of Loutra have the opportunity to visit the fabrika (old oil mill), which was used a few decades ago for oil pressing, the medieval fountain with the Turkish inscription, and the house of IliasSpantidakis (aka Louis Tikas), leader of a workers’ union of coalminers in Colorado, USA. In the central square of the village of Loutra is found Villa Kallergi.

The monasteries of Arkadi and Arsani are also in the vicinity. Locations near Loutra include the Settlement of AgiosDimitrios and the Messivillage.

The village was once occupied by Cretan Muslims who were replaced in 1922 by Greek refugees from Asia Minor. Outside the village, a little track leads to the church of AgiosPanteleimon and the memorial to Loutra inhabitants executed by the Nazis during the Axis occupation of Greece in World War II.
When somebody visits Loutra village gets amazed by the panoramic views of the Cretan Mountains, like Idi (Psiloritis) Mountain and the infinite blue color of the Aegean Sea. The spectacular surrounding of natural beauty is enriched by some of the eldest olive groves in the island of Crete.

This wonderful,picturesque village is a perfect holiday destination and an ideal place to live in all year round. All the comforts are offered as many markets and traditional restaurants are close to the area.
Access to the village is easy as regional itineraries of public transportation are scheduled during winter too.

Both main airports, “N.KAZANTZAKIS” in Heraklion City and ‘’Chania airport’’, in Chaniaare only 1 hour drive far from Loutra. Even if someone prefers the ferries instead, both ports are in similar distances too.

This lovely place is a heaven of serenity where someone may have the opportunity to live unforgettable moments.